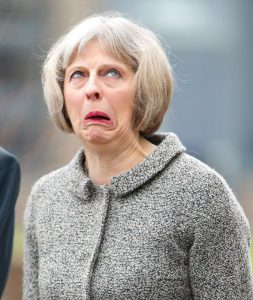 Summary: The Tory party are in total disarray about Brexit. The Cabinet will try to cobble together some kind of view of the way forward that is ambiguous and quite inadequate to allow progress with the EU negotiations. The lack of coherent government is damaging the UK. Labour will have considerable difficulty in managing the mess they leave behind. The longer this shambles goes on the worse it will be ultimately.

Boris Johnson’s description of the Cabinet as being “a nest of singing birds” is laughable until you realise the Cabinet is actually a nest of vipers. The fundamental problem with the Tories has been the same for years. A sizeable minority of Tory MPs and Tory party members are frankly xenophobic. They have never liked the EU and any of its institutions and manifestations. They have been happy to blame so many things that are wrong with the UK on EU intrusion into British matters. You don’t see signs acknowledging EU money going to infrastructure projects in the UK because our government has forbidden them. In every other European country you see these signs everywhere and people have a much clearer understanding of the importance of the EU to what goes on in the country.

On one side in the Cabinet you have the soft Brexiteers such as Philip Hammond and Amber Rudd who are open to belonging to the single market and maintaining substantially freedom of movement. On the other side we have the hard-core Brexiteers like Boris Johnson, Michael Gove, David Davis and Liam Fox. They have been pursuing a concept of the UK outside Europe that is largely fantasy. Economic arguments, the views of business and unions are of little concern. The people have spoken. The “will” of the people must be respected. They know they must not permit another referendum or even a significant vote in parliament because that would almost certainly terminate the Brexit process.

Boris Johnson’s piece in the Telegraph just a few days ago shows how totally deluded he is about the most basic economics. By dredging up the widely derided claim for the money to be repatriated to the NHS he has made it clear just how much he is at variance with the Cabinet at present. Yet Theresa May dare not fire him. His capacity for casual remarks that are damaging within the UK and overseas has been demonstrated now very well indeed.

Political parties must find a way forward by managing conflicting views on policy. Broadly speaking the Tories have managed that reasonably well but when it comes to Europe they are totally unable to reach a compromise. Years ago John Major described the strong Eurosceptics in his party as “bastards”. Brexit means that division is right at the surface and Theresa May’s impotence after her disastrous election and lack of a majority in parliament has undermined her authority dreadfully.

No doubt the Cabinet will be able to pull together for a few hours around the Prime Minister when she makes the speech in Florence on Friday 22 September. Nobody thinks it will really be a game changer. The divisions at the heart of the Tory cabinet and of the Tory party will remain and as the Brexit process staggers onwards without much issue the forces simmering within the party will eventually explode. The earthquake that follows will lead to the fall of the government and on to the next election. The Tories are terrified that this might happen and that will help to restrain most but not all of them. But Labour will be delighted.

The obsession with Brexit in the Cabinet means that normal government has all but ceased. Almost nothing apart from Brexit is planned at Westminster and the Westminster hothouse continues to bubble with the foetid air surrounding Brexit. The economy appears to be doing reasonably well. However this is only because of the massive amount of personal debt being racked up. Unwinding that is going to be very difficult and indeed one of the biggest challenges a Labour government must face. Yet the Tories simply don’t even recognise there is a problem.

The conference season is upon us. Labour first and then the Tories. Aficionados of extreme blood sports are looking forward particularly to the Tory conference. It will feel like watching the London Olympics except that all the losers will be British. Traditionally this is how the Tory party undergoes a gravitational collapse. Warring factions fight one another and ignore the opposition. It’s going to be déjà vu all over again.