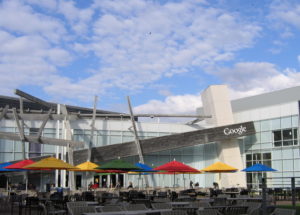 Summary: Multinational corporations have too many options of avoiding paying corporation tax. So let’s forget about it and introduce an infrastructure charge based on the proportion of audited profits worldwide. This is an updated version of an earlier post (23/09/16) on this site giving estimates of the likely yield of such a charge. Again updated (20/10/16) to reference Richard Murphy’s Alternative Minimum Corporation Tax proposals. GDP figures updated 13/03/17. Further updated on 3/04/17 in light of Google’s undeclared turnover in the UK.

How much money is involved? It is quite difficult to put this all together but a recent report by McKinsey & Co suggested that global corporate after-tax operating profits were in the region of US$8 trillion. The UK has approximately 1% of the world’s population and 3.5% of the worlds GDP. The UK proportion of those profits is therefore $280 billion. Let’s be generous and suppose that half of that has already been properly taxed and the other half has magically vanished to some more favourable tax haven. In that case 20% of $140 billion is about £28 billion. It is difficult to exaggerate how much difference that would make to the British NHS! To think this is been going on for many years could easily make someone quite angry.

Amazingly, companies like Google have no compunction about lying through their teeth (see: http://www.itv.com/news/2017-03-31/google-accused-of-being-less-than-transparent-after-revealing-latest-uk-tax-payments/ ). Recently Google paid a small amount of tax on their UK turnover which they stated as being £1 billion. However the global Google turnover declared by the company that the UK turnover was actually £5.65 billion. Under the AMCT proposed here, Google would pay closer over £1 billion, rather than the £36.4 million it actually coughed up.

Readers may be interested in the post from Richard Murphy on 30 September 2016 with a link to his article on Bloomberg dated 29 September 2016 entitled “Time for an Alternative Minimum Corporation Tax?” which you can find at: http://tinyurl.com/ho6yy73 . It is also interesting that the US does already have a version of AMCT which may well be why Donald Trump’s tax returns for 2005 show that he paid quite a decent amount of tax.