A Truly Dreadful Night for Labour.

admin
Friday, 04 May 2018 / Published in Uncategorized
A Truly Dreadful Night for Labour. 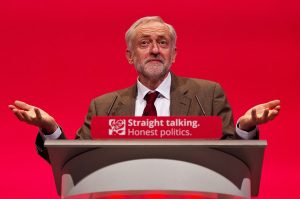 Summary: Now that most of the election results are in, the spin masters are working flat out to try to persuade us that Labour have been doing well and that Momentum are a key part of doing so well. Sadly it is difficult to believe that four years on from the last local election very little indeed has changed. In those areas that voted to Leave in the referendum both in the North and outside the metropolitan centres Labour is not even treading water. The image both Labour and Momentum project is not particularly appealing and they don’t really seem to be that concerned to do something about it. Until they sort out their public image problem Labour have little chance of winning another general election.

The local elections held on 3 May 2018 have turned out to be particularly worrying for Labour. You don’t have to be particularly left-wing to realise how much is bad in the country and just how poorly the Conservatives are running the country. There is widespread acknowledgement even amongst the right-wing media that lots of things in our society are bad and getting worse. Growth is collapsing and we may even be heading towards recession. There are massive problems with the NHS and social care, the education system, the justice system including prisons, austerity, the gross and increasing inequality, taxation of multinationals and tax avoidance by wealthy individuals and so many other things.

Not to mention the shambles that surrounds the Brexit negotiations. Yet the most dreadful thing is that despite all these problems with a country that suffered nearly 10 years of the most damaging Conservative rule the local election results have barely changed from the results of four years ago. The last general election was very good for Labour and showed how popular change led by Jeremy Corbyn actually was. Labour came very close to being the governing party. But these results suggest the country has got beyond that.

The media are now talking about the UK having reached “peak Corbyn”. The big difficulty with Labour is that nobody really knows what Labour is all about. Jeremy Corbyn has policies which he has held for over 40 years. In many ways those policies have simply not changed over that period and that is very concerning. Jeremy Corbyn was central to energising the revolution a year ago in the general election. Yet many think that he is not the right person to lead the party into the future. He may not be a very convincing leader and for many voters he personally is a significant turnoff. It is a heresy, of course, to suggest that Jeremy Corbyn might consider standing down. Yet the party does need strong and articulate leadership. The impression that Labour gives is of uncertainty about what it is doing and has so far been unable to articulate what it is going to do about all these issues. That’s what a leader must sort out, and sort out quickly.

Momentum is widely seen as being an left-wing cabal within the increasingly left-wing Labour Party. It’s not clear what Momentum are contributing positively to Labour policy and the Labour image. Even reading the left-wing websites it appears that most of their energies are going into trying to gain strategic power within the Labour Party with a view to manipulating the party rules to their benefit. Some claim that Momentum was key in Labour successes in the local election. They certainly provide a good supply of activists to work for Labour but that does not mean that the way they are perceived more widely is helpful. The idea of Momentum doing anything that might help to improve Labour’s image doesn’t seem to worry their members very much. The impression of being a party within a party is unhelpful. Nobody likes tails wagging dogs!

One of the big problems is that the Labour leadership do not seem to have the capacity to project an engaging image to the public. Jeremy Corbyn is widely accepted as being a man of integrity. Sadly, many years ago he had a charisma bypass operation. In the 21st-century leaders will only be successful at gaining power if they project a successful and compelling image. Sadly soundbites are everything.

Labour are instinctively dismissive of anything that smacks of public relations, image management and effective use of advertising. Unfortunately that isn’t good enough anymore. The public want clear messages presented in a simple and understandable way that are compelling. Labour are not providing those.. If they are they are being crowded out by others that do understand how important these things are.

A good example is the Labour view of Brexit. Labour Party members are strongly for Remain. Some MPs, believing that the guidance they had from their constituents from the referendum must be followed blindly, even though it is widely accepted that the results was a consequence of some fairly impressive lies. Everyone interprets the referendum result differently but what Labour want is pretty unclear. It is at present one of the key areas that people are looking to Labour to provide a coherent alternative to the incoherent Tory negotiations.

There needs to be strong and unambiguous criticism of the way the Brexit negotiations are be handled by the Conservatives with a message that unless the final deal is good for the less well-off and allows the UK to grow strongly in the future then we may need to go back for a renegotiation and perhaps even a second vote. Whatever they do it really requires that they say something plain and clear and stop beating about the bush.

As a strong Labour supporter myself with many Labour supporting friends I have sensed their frustration with the party not capitalising on the breadth of support that it has for a radical new agenda. Whatever interpretation one might put on the referendum result there was a very clear call for change. Many of my Labour friends have openly expressed their frustration with the party as it is now. They do not want any other party in power but they do want a party that they can connect with and that they respect.

To achieve that Labour needs to be very clear about what it will do in each and every sector that is doing badly and explain simply how they will handle this in future. Labour instinctively hates the idea of spin but that is how the world works. Suck it up boys and girls, get on with it and try to recreate yourselves as an energetic left-wing party in the 21st-century. The 1970s weren’t that great and most people on the left realise that.

4 Comments to “ A Truly Dreadful Night for Labour.”