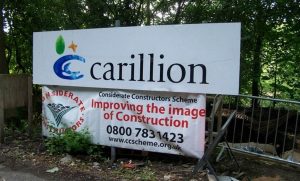 Summary: South Africa has been plagued by corruption for about the same time that the UK has been plagued by austerity imposed on the poor by our right-wing governments. We don’t need to look for corruption as they find it in South Africa. Our system makes it very easy to transfer large sums of money from the public sector into private hands because of the way that our company laws are structured. Shareholders and Directors are able to walk away with large sums of money leaving pension deficits for the state to cope with. Combined with the widespread use of tax havens, many under British jurisdiction, the net effect is that the UK is effectively a highly corrupt country.

The resignation of Jacob Zuma as President of the Republic of South Africa promises a much better economic and social future for that country. Emerging economies in Africa are achieving growth rates in excess of 4% yet the RSA has been running at about one third of that level. In South Africa there growth is only slightly ahead of Zimbabwe, a widely acknowledged economic basket-case. Unemployment stands at an amazing 27%. As a country, it has considerable natural resources, including gold and diamonds as well as a large area with good agricultural potential. Yet the poor have been suffering dreadfully.

The remarkably poor economic performance of the RSA in lifting the poor, largely black population out of poverty has been very poor indeed. Much of this is attributed to a deep, embedded corruption masterminded by Jacob Zuma and probably involving the extremely wealthy Gupta family. Within South Africa it is believed that such interests have essentially captured the state economy for their own benefit.

At about the same time that Jacob Zuma became President of the RSA the Conservative/LibDem coalition came to power. That government and the subsequent Tory government instituted one of the harshest programs of austerity in the world. Since then the British economy has grown significantly less rapidly than the rest of the European Union. Indeed the growth rates most recently experienced by the EU are the highest for a decade at 2.8%. The effect of austerity has been to keep the UK growth rate substantially lower. Some hard-core Brexiteers claim this is a consequence of the UK being held back by the constraints of being part of the EU. They ignore that it doesn’t seem to have done any harm at all other EU member countries.

After the Brexit vote, the value of sterling collapse by about 15%. That had been predicted to provide a significant boost for growth in the UK. This has not materialised and it continues to be very much lower than the rest of the EU at about 1.4%.

This much poorer performance in the UK cannot be blamed on corruption of the same sort we clearly have in South Africa. In the UK it is generally accepted that large sums of money are not passed overtly between the government and major commercial organisations. In the UK there is no need to use illegal methods of becoming much richer. This is because the systems in the UK are already well designed to enable already wealthy and powerful people substantially richer.

To understand this we only need to look at the fiasco with Carillion. This company has just declared bankruptcy because of unrealistic estimates for major construction contracts. Very large debts have been left behind and the Pension Funds are underfunded by in excess of £1 billion. Only one fund out of the dozens that there are is in surplus. Unsurprisingly it is the fund that provides the pensions of Directors.

Very substantial sums of money were passed to shareholders and to the directors in the form of vast bonuses. The default of the company means that the state Pension Protection Fund will have to make up the very substantial difference. The net effect is that very large sums of money are being transferred to the private sector in the form of shareholders and company directors. Suppliers to these companies have virtually no chance of receiving any payments.

This is how corruption works in the UK. It effectively keeps down any growth and encourages austerity. Money which could have been invested in the growth of the UK has been diverted. Corruption in the UK is further compounded by the widespread use of tax havens to launder profits and keep ownership secret. The government have undertaken to sort this out and largely eliminate tax havens, many of which are directly under British control. The right-wing Tory government of course have very little interest on that and so surprise, surprise nothing has happened. The corruption that the use of these tax havens essentially is permitting continues unabated.