Labour Must Rethink Its Brexit Strategy. 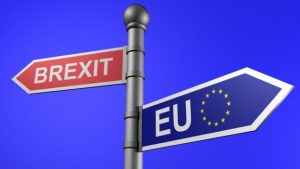 Summary: Labour’s policy on Brexit is far too poorly defined. We don’t need to come out for or against Brexit nor for or against a second referendum. The shambles of the Tory Brexit negotiations will continue and probably get worse. Decisions by Labour about its approach can be left until later in the year. Tony Blair has produced an interesting commentary suggesting that Labour should be much more proactive in its relationship with Brexit. Just because he is so unpopular with the left we must not ignore everything he says. What he says makes a lot of sense. Shoot the messenger if you must but read the message first.

In the 1930s and 40s there was a lot of excellent scientific evidence that smoking was a major cause of lung cancer. It was ignored and dismissed by tobacco companies and politicians because that research had been done in Nazi Germany. The research was repeated and came to the same conclusions. The 10 year delay in taking action caused millions of deaths worldwide. My own mother, advised to smoke for her nerves when pregnant with me, died early with lung disease. Nobody liked the messenger then so the message was ignored. We mustn’t make the same mistake again.

Tony Blair has produced a lengthy piece about Labour’s strategy surrounding Brexit (see: https://institute.global/news/brexit-what-we-now-know , and summarised on LabourList at: https://labourlist.org/2018/01/tony-blair-this-is-our-last-chance-brexit-and-the-fate-of-britain-will-be-decided-in-2018/ ). Like many on the left I’m pretty allergic to him and his ghastly legacy. Another case of a disliked messenger yet that is no reason not to listen carefully to what he says. In fact many of his views make a lot of sense, and it should be considered seriously and without prejudice. There is no doubt that Labour policy on Brexit is at best ambiguous. The Tory government is making a complete hash of the Brexit negotiations. Labour really do not need to mouth the foolish “cake and eat it” phraseology beloved of the Tories. We can’t be outside the single market while being in “a single market” as John McDonnell seems to believe. We need to restructure Labour’s approach to maximise its effect on the electorate. If Labour hope to become a government it must learn to develop strategies and articulate them.

I think Tony Blair is wrong that Labour should become anti-Brexit wholeheartedly, nor should they declare themselves for or against another referendum. By maintaining that aspect of their ambiguity they are protected from attack from both Leavers and Remainers. The Tories can be left to continue tearing themselves to pieces. But Labour must not continue doing and saying nothing about it. It dominates a great deal of what is going on in the UK today. We mustn’t take the “don’t talk about the war” approach indefinitely with Brexit.

What Labour must do is to focus on what is happening in the Brexit negotiations and making it clear just how badly these are being managed and just how unrealistic Brexiteer ambitions actually are. There is a lot of evidence that those who voted to Leave were socially conservative and that conservatism was more important than their concerns about the economy. The emphasis of the Labour criticism of the Tories must be to point out just how badly wrong the Brexit process is going. The deals being discussed will not be in any way socially conservative. They will be revolutionary in a way that will also be deeply damaging, in the worst possible way. Labour has to explain just what the Tory approach will do to the country and to those already damaged so much by Tory policies.

Tony Blair is right that Labour must make certain that Brexit is understood to be a pure Tory Brexit. Tory interests will be looked after (big business, finance, the City and the wealthy). The left behind will continue to be left behind only now more so. The economic uncertainties will force bigger and more widespread cuts than we have seen so far. Every aspect of our social fabric will be further damaged. At a time of crisis in the NHS, the social services and many other aspects of what matters to so many of us has to be deeply damaging. The Tories must be blamed for that unambiguously.

We cannot be sure of a chance for a general election during 2018. Again Tony Blair is right about that. The most likely scenario is that the Brexit Deal produced by the Tory government will be patchy, contain many uncertainties and attempts to postpone detailed negotiation until the transition period. After the exit date in March 2019 we will indeed be out of the EU and many of the options we might otherwise have may be closed off. Labour must ensure that a vote on the Deal takes place during 2018. Only then should Labour make it clear that if public opinion has turned against Brexit then another referendum should be held and the Brexit process paused if not terminated.