admin
Tuesday, 13 June 2017 / Published in Uncategorized
Where Next for Labour? 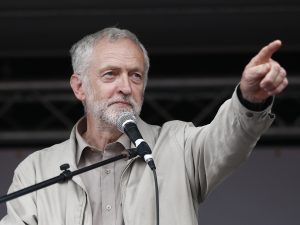 Summary: The Labour promise to end austerity and to invest in the UK has breached the neoliberal consensus of the last 40 years brilliantly. Labour is in an exceptionally strong position to win another election whenever that might happen. However there are many pitfalls along the way and Labour must not be complacent. The Tories unsuccessful attack agenda will no doubt be reformed and re-targeted for any future election but Labour now has an important opportunity to repair the gaps and weaknesses in its own manifesto in good time for the next election.

It may be true that Labour did not win the June 2017 general election, but it has opened up a critical front in the battle against the neoliberal consensus of the last 40 years (see: http://outsidethebubble.net/2016/09/22/neoliberalism-a-beginners-guide/ ). Along with many others Outsidethebubble.net completely misjudged Jeremy Corbyn’s capacity to lead a remarkably coherent and competent election campaign. Many are now convinced that he would make a credible Prime Minister.

The Tories certainly do not want another general election soon, and unless there is a dramatic change in Theresa May’s management style they will also want a new leader first. Those familiar with her on government over the last seven years think such a change in style most unlikely (see: http://outsidethebubble.net/2017/05/30/theresa-may-exposed-as-a-fraud/ and https://order-order.com/2016/07/02/read-full-article-pulled-telegraph-pressure-may-campaign/ ). Labour are certainly keen to get into power. The prospect for the Tory/DUP coalition are not good. The DUP are probably the most extreme right wing political grouping in the UK today. Many of their MPs have a track record of quite strange and eccentric views!

With a Tory/DUP coalition it is going to be extraordinarily difficult to make any serious progress with the Northern Ireland assembly rebuilding. Indeed the risks of unravelling the progress of the last 20 years since the Good Friday Agreement are very concerning.

Labour shouldn’t imagine that leading a minority government would be easy. The difficulties of that would be exploited mercilessly by a Tory party which has to rebuild if it is to have any prospect of winning back power.

Labour also must have concerns about its capacity to run another general election campaign soon if only because of its financial resources. Donations may well come in now that Corbyn is revealed as being a very promising bet, but Labour simply don’t have access to the deep pockets that have funded the Tories over the years.

The most likely scenario is that there will be a fairly advanced Tory/DUP “coalition of chaos”. The chaos will centre on Brexit and the fact that those closest to Theresa May are at the entire opposite ends of the Brexit spectrum. David Davis is a hard core Brexiteer, while Damien Green, her Deputy Prime Minister, is an enthusiastic Remainer.  David Davis has already signalled that the May government will press ahead with a hard Brexit. To outsiders it is seems that he and she have learned nothing from this election. That will exacerbate tensions within the Tory party further.

Consolidating and Strengthening Labour for the Next Election.

From the Labour point of view it really needs to bring back some of the big hitters from the Labour Party that deserted Jeremy Corbyn, believing he had no chance of leading a successful campaign. Loyalty to those already in the Shadow Cabinet is important but always remember Lyndon Johnson’s quote about J Edgar Hoover. “It’s probably better to have him inside the tent pissing out, than outside the tent pissing in”. People like Chuka Umuuna , Clive Lewis and Yvette Cooper are important and valuable resources of the party. Much better to have them working within the party.

The next few months will see a markedly faster reduction in real wages for most. Inflation today has risen to its highest level for four years (2.9%) while wage stagnation, particularly in the public sector, is rampant. The Tories may well take the brake off their austerity programme but that would take some time to have any noticeable effect. It is highly unlikely the Tories would introduce serious tax increases for the better off while the coalition is such a fragile creature. This would make their claims about ending the deficit within finite time ridiculous.

It seems likely is that another general election will happen in the autumn, most likely in September. That would give Labour a chance to address some of the issues that arose during the campaign which they would now have the capacity to rework.

The Labour manifesto was generally thought to be rather weak about it support for business. This is important. Building business confidence in the potential of Labour to produce a strongly growing and more forward-looking and expanding economy could be critical for a successful campaign. If Chuka Umunnu was brought back into the inner circle as shadow business secretary he would be well placed to help here. He is undoubtedly a big beast in the Labour firmament, and his return would be very helpful in broadening the appeal of the party more widely.

Defence and security were raised regularly as issues by the Tories. The increasing evidence of under resourcing (as well as marked incompetence) with the security services is already working against the Tories. On defence, Trident was used by the Tories yet Labour managed to get away with their agreed position plus accepting that there is a diversity of view within the party.

However defence is certainly something where the Tories can be attacked. A great deal has made of the fact that the UK spends 2% of its GDP on defence. Unfortunately, the way this is spent is totally laughable. There are major problems with substantial parts of the British military, including the aircraft procurement for its too-short aircraft carriers, the way that all Type 45 destroyers as well as all our attack submarines are currently in port makes us fairly well defenceless (see: http://outsidethebubble.net/2017/03/16/britain-defenceless-in-the-21st-century/ and what should be our policies in the future, see: http://outsidethebubble.net/2017/04/10/defence-in-the-21st-century/ ).

One Tory attack point was the history Jeremy Corbyn of being prepared to talk with terrorists such as Hamas and the IRA. Corbyn successfully countered by essentially using Churchill’s line that “jaw, jaw is better than war, war”. Otherwise, the rejoinder here is simply a matter of pointing out that Theresa May is now climbing into bed with the DUP, undoubtedly the political wing of the Ulster loyalist paramilitaries. Several of the DUP MPs have met with leaders of these paramilitary groups very recently.

Claims That Sums in the Labour Manifesto Simply Don’t Add up.

Another area that needs to be addressed is the criticism that came from the Institute for Financial Studies about aspects of the Labour manifesto costings. The IFS concentrates very much on taxation and expenditure ignoring macroeconomics almost entirely. In criticising Labour’s spending plans they completely ignore what effect those plans would have on the size of the economy. As the economy grows, receipts from taxation also grow. The IFS simply ignores this and claims that the sums do not add up.

This has been looked at in detail by Simon Wren-Lewis of Oxford University. To quote from his blog dated 30 May 2017 “….according to Larry Elliott, Oxford Economics estimate that “the economy would be 1.9% bigger under the Lib Dem plans and 1% bigger under Labour’s plans than under Conservative plans.” The argument that this cannot be done because it would involve some more borrowing is rightly dismissed as pre-Keynesian nonsense. It is for this reason that the IFS approach of ignoring macro is so helpful for the Conservatives. “ . Labour must find a way of articulating this problem in its manifesto.

The claim often made by Tories during the election campaign is that Labour forever turned to the “Magic Money Tree” to fund their programme. It is essential that the Labour manifesto addresses this head on by explaining that the Tories have already used the same Magic Money Tree that Labour will use. The Tories have used it to the extent of nearly £500 billion, dramatically more than the amount that the Bank of England will generate for Labour’s plans for investment in the UK. There is more about this here: http://outsidethebubble.net/2017/06/13/under-the-shade-of-the-magic-money-tree/ .

Campaign Strategy for the Next General Election.

In planning for the next general election Labour will no doubt build on its experience of recent weeks. One important aspect has been the way that the younger generations were energised by the Labour campaign.

It is critical that Labour must not take this for granted. The young are much less likely to be deluded by spin and simply rehashing what has been done already will not be enough. The young need to see progress and development of ideas which they all can identify with and feel to be good for their own future and the future of the country.

And finally Labour needs to make a very articulate argument for the middle-aged and elderly who voted strongly for the Tories. A very recent poll suggests people in the 35-44 age group voted very strongly Labour against predictions. The older age groups need to be help to feel comfortable that Labour is not, to quote the Economist, the party of the loony-left, but actually is proposing policies which are widely copied from other much more successful and growing Western economies around the world.

6 Comments to “ Where Next for Labour?”