admin
Wednesday, 31 May 2017 / Published in Uncategorized
Time for Labour to Park Its Tanks on Theresa’s Lawn! 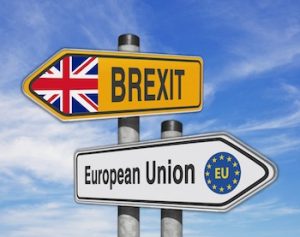 Summary: Brexit is going to happen and Labour are fully committed to that. The Tories claim that only they can deliver a good Brexit. However Brexit will happen in the context of whichever party governs our country. The Tory track record on delivering a fair and balanced society is dreadful. Their manifesto makes it clear they intend to continue much as they have in the past. The Labour manifesto emphasises fairness to all above everything else. Brexit negotiations managed by a party with that fairness as a priority will produce a Brexit deal that is much fairer to all than anything the Tories could possibly come up with. Labour need to address this head-on in the final week of this campaign.

Brexit is going to happen. Labour are fully committed to that. The Tories want the election conversation to be about Brexit while Labour wants to focus on Tory failings over seven years on a wide range of critical issues that have damaged our society greatly.

Labour need to address this and make the Brexit debate its own. Brexit is not something that will happen in isolation. It will reflect the priorities of the ruling government. If it is Tory it will be a Brexit that favours the few, if it is a Labour Brexit then it will try hard to be fair to all, the key message from Labour’s manifesto.

The Tories in seven years have damaged incredibly badly the NHS, our schools, the care of the elderly, social services, our police and security services, the prisons, removed access to the law for many and cut benefits in a very damaging way. Their manifesto claims that this will all be put right after the election. Does anybody really believe they are going to change? Many of their manifesto commitments have been very lukewarm and non-specific. None are costed and Tory ministers now seldom give interviews about their policies.

Jeremy Hunt has said this morning (31 May) that we need a good Brexit to provide continuing growth in order to fund further investment into the NHS. Unfortunately the track record of Theresa May’s government is dreadful. In the last quarter British growth was exactly 1/6 of the growth in the US, a country that has not been burdened by the cult of austerity.  British growth is now the lowest of the G7 nations.

The prospects for future NHS funding under the Tories look pretty grim. It is clear from the way their manifesto was written that they intend austerity to continue and probably intensify.

Theresa May claims she has a plan for Brexit but she refuses to reveal any of it. She will not say what her negotiating priorities might be. The European Union has produced some fairly uncontentious ideas about starting points for the discussion which she has described as being aggressive. They are not. She simply hopes no one has looked at them!

Brexit needs to be approached in an adult and intelligent way. With a Labour government showing the rest of Europe how countries can be run successfully by rebalancing the economy in a way that is fair to all we should expect a lot of interest in what we are doing and the way we are doing it. The dynamic of the government will set the dynamic of the Brexit negotiations and therefore critical to the success of Brexit.

Brexit is going to happen. Labour are fully committed to that. It is far too important to leave to Theresa May who has a dreadful track record of simply not getting things done (see: http://outsidethebubble.net/2017/05/30/theresa-may-exposed-as-a-fraud/ ). And it won’t just be her. Can you really imagine our Foreign Secretary, Boris Johnson, coming up with a Brexit fair for all? Brexit is something that Labour can only make a much better job of delivering a Brexit fair to all in this country. Labour need to attack Theresa May’s capacity to deliver the best Brexit for all.