Winning Your Seat for Labour. 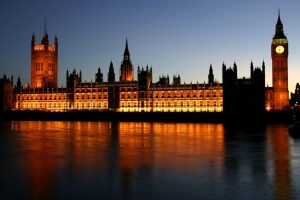 The game is on, and you need to win back your seat. You are probably being flooded by good advice about what to do next. You can succeed. You did succeed two years ago. So many of your constituents have been badly affected by seven years of Tory rule. You must be able to get them out to vote for you.

What I have collected here are a few critical ideas about what must be done to be successful when Labour are down so badly in the polls. There are many more but this is the start. If you find these points useful please pass them on.

One line answers to questions canvassers will be asked:

Q: Do you support Jeremy Corbyn as Labour leader/Prime Minister?

A: He is the leader. However I will always prioritise the needs of my constituents.

Q: But a Labour government got us into all this mess surely?

A: No, it was the world economic crisis, made even worse by Tory austerity.

Q: Labour is the party of tax-and-spend surely?

A: Labour is the party of tax the rich and spend on the poor, not the other way round as we have under the Tories.

Q: What will you do about the NHS, education, social care?

A: Invest heavily in infrastructure. We will reverse many of the thoughtless cuts they have introduced that damage our society just to save small amounts of money.

Q: And how will you pay for all these new spending commitments?

A: Labour will end austerity and raise money in the same way Tories to privately to help prepare the damage they have done. Borrowing money for investment in infrastructure does not worsen the deficit.

A: We will only allow enough immigration to fill the jobs we cannot fill locally. We need enough to keep the economy working well for everybody.

Q: What about Brexit?

A: Labour will support Brexit but only a deal that is fair for all, not just fair for big business and the south-east of England.

Q: What will you do about inequality, city bonuses etc?

A: We will restore the inheritance tax on expensive properties, make sure companies pay all the tax they owe and increase the income tax on the wealthiest. Our taxation policies will be much fairer for all.

Q: How will you deal with the housing crisis?

A: Labour will invest in affordable housing in much larger quantity than the Tories have even talked about (and not delivered, of course). They will borrow money to invest in these developments so as not to affect the deficit.

Q:…………….. and there will be lots of local questions about what Labour will do about local worries. These questions need to be articulated when drawing up the crib cards.

What about more detailed questions about Labour’s economic policy. No doubt that will be produced by the Labour central office. You may find many of the possibilities for a left-wing budget here: http://outsidethebubble.net/2017/04/11/outline-radical-centre-left-budget-revision-1/

What will your opponents say and do?

This campaign will be hard and brutal. If it goes badly Labour will be reduced to an impotent rump. Remember what happened to the Lib Dems in 2015. It needs your energies, efforts and enthusiasm to make sure that doesn’t happen in 2017. Good luck!

2 Comments to “ Winning Your Seat for Labour.”