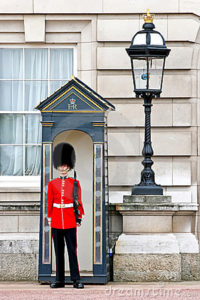 Summary: The British defence programme is in an extraordinarily bad state. All current procurement programs are running very late and very overbudget. Many of them appear not to fit well with other programs, past or current. Systems that have been specified and over specified thoughtlessly are proving unreliable and inappropriate for defence in the 21st-century. This piece tries to look at the state British defence is in. A serious strategic defence review needs to be carried out since the most recent one published at the end of 2015 seem so impossibly out of touch with reality.

The UK trumpets the fact that it spends around 2% of GDP on defence. That apparently makes everyone in NATO happy. Unfortunately nobody in the UK should be mildly content with that. There is a massive problem with the British military and its approach to procurement. Military chiefs approach procurement like Arab princes going into a supercar showroom. They ask for the best with all the extras you could imagine. If in doubt, a bit more goldplating would be splendid! Like the military through the ages they are keen to arm themselves to fight the last war and have remarkably little idea what the next one might actually be like. Many of the major procurement programs of the British military are remarkably misguided. They clearly have very little idea of what the next war might look like. They are buying capital ships such as aircraft carriers, destroyers and submarines which seem pointless in a 21st-century war. Vast numbers of aircraft are being bought that perform poorly and are eye-wateringly expensive. I will quickly run through the list of the main procurement programs already underway by the Ministry of Defence. At the end of the piece I recommend a book that tries hard to imagine what the next world war might well look like. It is rather scary but strongly to be recommended.

The overall British defence programme is extraordinarily expensive but above all of little help in defending us. Russian Tu-95 “Bear” bombers approaching UK airspace can fire missiles at London while circling over Moscow. Modern weapons systems are completely different from anything that the UK is really thinking about. We really should be thinking much more creatively about the way that modern lightweight compact weapon systems are likely to completely dominate in the future. Very fast unmanned fighter aircraft will shortly massively outperform any manned aircraft. Already the highest performance drones (unmanned aircraft) cost between $6 and $15 million. They don’t have the capacity in combat of an F-35 but they could have. They would have many advantages over a manned aircraft, be able to tolerate much higher G-forces and be able to fly in zones where increasing risks of being shot down would make the use of a manned aircraft unacceptable. Sophisticated software on board weapon systems will be what makes or breaks a systems effectiveness. Increasingly wars will become a battle between software systems and not between heavy pieces of equipment that are vulnerable so easily to modern attack weapons. This is not something that the Ministry of Defence appear to have thought about at all.

And then there is the whole business of cyber warfare which is beginning to be taken seriously but needs to have very substantial investment. The individuals who are able to take part in this need a very considerable amount of training and are not people that can be simply turned on like a tap. Getting this right is extremely important and a long-term strategy is absolutely essential.

We desperately need to completely rethink what is happening in our military. Most of the systems we are buying and have bought are remarkably inappropriate. There are not really able to fill any useful future military role. We may be using 2% of our GDP to keep our NATO allies happy but we are totally dependent on the defensive shield of the US. US sales us our equipment, give us permission to use it, takes responsibility for upgrading it (at our cost) and trains our people to use it. It is far from clear how much innovative development is going on in the much vaunted British defence industry but it is clear that without the US and the British capacity to manufacture some of these American goods under licence it would be pretty dead.

What is needed now is a Strategic Defence and Security review that actually looks at a realistic concept of what future defence capacity might actually include. The latest one, published at the end of 2015 reads well, sounds plausible and might be satisfactory if we were still fighting the Cold War. But we are not, we are facing rapid technological change across the world and we are simply not keeping up with it. Defence is important and value for money is critical. However we must ask for weapon systems of all sorts that are economic, appropriate for use over the next 20 or 30 years and above all actually work and keep working.

Finally, it may be rather strange to recommend a novel in support of a highly technical factual piece but if you want to get some idea of what the next world war might actually be then the book “Ghost Fleet: A Novel of the Next World War”, by PW Singer and August Cole is well worth a read. What it tries to do is to think through the sort of scenarios that the British MoD are completely unaware of. This was written three years ago before any of the current problems in the South China Seas had developed. Nevertheless it imagines that that might indeed become the flashpoint for a future battle. It only talks about weapon systems and technology that either are in existence or are very close to being completed. The book is full of detailed references to each of the weapon systems discussed. It is very, very scary! But definitely something you should read if you are concerned about our defence in the 21st-century. You can find it here: http://www.ghostfleetbook.com/

Winning Your Seat for Labour.

3 Comments to “ Britain Defenceless in the 21st-Century.”