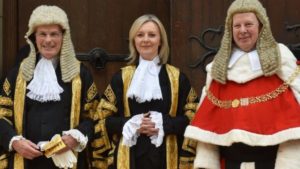 Summary: The British legal system is in a state of crisis. Legal aid availability has been reduced dramatically. Large numbers of ordinary people have essentially no access to justice in a way unthinkable 50 years ago. At the same time the courts are under increasing pressure and largely fail to charge plaintiffs for hearing cases involving often substantial sums of money. Often the fines used for a wide range of offences are small and cause little inconvenience to the offender. Although there is some flexibility in the way that fines may be set they are generally extremely low and not really much of a deterrent particularly as the likelihood of being caught is so low. This piece makes some suggestions about how the system can be updated and improved to make access to the British justice system much fairer while getting those who can pay to do so. At present those who cannot pay are denied justice they might decently expect. That is something which is fundamentally unfair and unjust.

The Bach commission, set up by Jeremy Corbyn and the Labour Party leadership, produced an important interim report on the standards of access to justice in the UK. The background to the report and its conclusions were covered by Owen Bowcott in the Guardian (see: https://www.theguardian.com/law/2016/nov/25/labour-to-push-for-fairer-access-to-the-justice-system-minimum-standards).

Some newspaper reports have claimed that the UK has the most expensive legal aid system in Europe. This is simply untrue. The amount we spend in the UK is slightly lower than is spent in Germany. Indeed, the legal aid cuts of 2012 have made UK costs even lower.

The interim report concludes that recent cuts have had a dramatic effect on the availability of justice. Those in desperate need of justice find that high court fees make employment tribunals and courts almost inaccessible. The report outlines the core problems with the justice system today. These are loss of legal aid for housing, welfare, debt, immigration, medical negligence and family law cases. The failure of the exceptional case funding scheme, lack of public legal education, mass closures of legal advice centres (60% lost), higher minimum court fees for some types of case, excessive bureaucracy in the Legal Aid Agency and antiquated technology.

Since 2010 the annual legal aid budget has fallen from £2.1 billion to £1.6 billion. The Ministry of Justice is in a state of denial saying “We have a world leading legal system”. We did once, we certainly don’t now. What can be done about it? Obviously, lack of money is a problem in a world where austerity is all that actually matters. Even if we accept that, a lot can be done to improve the income generated by the court system.

Around three quarters of the 900,000 offenders convicted receive a fine. Most of these fines come from Magistrates Courts that have to work with the 400+ page sentencing guidelines. The great majority of fines are categorised into different bands with the fine related to weekly offender income. The three main bands cover 50%, 100% and 150% of an offenders relevant weekly income. Multiple offences and repeat offences can lead to higher fines.

The average spend of a UK household is about £530 per week or around £27,500 per year. These fine bands are typically significantly less than an individual spends on alcohol and tobacco in the year. There must be a strong case for increasing these fines particularly remembering that some of these offences covered by these fines are rather serious. They include driving with excess alcohol (at three times the legal alcohol limit the fine is only 150% of the weekly income) and other forms of dangerous driving.

Driving offences also have points that can lead to disqualification. For most people, however, that only matters with repeat offences and it is the fines that are the principal punishment. Magistrates do have now the authority to impose higher fines but the latest statistics suggest this is not done as often as it might. Too many offences are dealt with relatively light fines that are not much of a deterrent given the relatively low probability of an individual ever been caught. Increasing the level of fines significantly could lead to a marked increase in income from this source.

It is very important to make the courts accessible to those who can least afford it. Court fees are increasingly being used but they are invariably flat rate fees of relatively small amounts. A divorce case involving multi-million pound settlements come with court fees of £550. Such a fee may be appropriate in, for example, a child custody case. However the increasing number of cases from overseas are putting an significant demand on our court system and there is a strong case for making the court fees relate to the sums of money involved.

The same is true for commercial cases although there here there is no fee at all even if the case involves vast sums of money and engages extraordinarily expensive counsel. Again, setting up court fees in a proportionate way will produce no disadvantage to the poor but lead to a substantial increase in income for the Ministry of Justice. Setting fees proportionate to the sums of money involved in the case makes every possible sense. Given that there are approximately 450,000 civil and family cases heard each year in England and Wales this is something that needs to be taken seriously.

The legal system in the UK is under considerable stress. This leads to great delays in making judgements. If an action involving substantial sums of money is not settled by mediation of some sort then the threat of significant court fees will be further encouragement to settle out of court.

There are further inequalities in access to justice. Large organisations such as companies and government departments can bring substantial firepower to their legal representation in court. Legal aid is intended to compensate to some degree, but the threat of very substantial costs awards can further discourage legal action by individuals or small companies and organisations. Capping the award of costs to equal the costs of the plaintiff would be one way of achieving an “equality of arms” (so that both sides are represented comparably in a case).

The income derived from these increased charges would allow most of the legal aid cuts to be restored.

There is one other area of concern with the present justice system and that is the much wider use made in the UK of custodial sentences. The rate of imprisonment in the UK is nearly 3 times that of several other Western European countries. The agenda of many popular newspapers and the right-wing of the Tory party emphasises revenge, punishment and “keeping the public safe” . There is little concern about other aspects such as prisoner education and rehabilitation to minimise subsequent reoffending. The progressive creep in the lengths of prison sentences has led to even greater overcrowding than before. It is important to look again at the sentencing guidelines. Suggestions for how this might be done within the existing sentencing guidelines can be found at: http://outsidethebubble.net/2017/03/14/rethinking-the-british-prison-system-reducing-the-population/, but thinking much more creatively about the sentencing guidelines could be very productive as well.