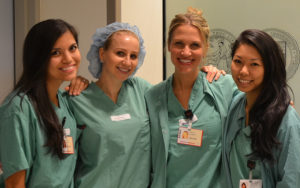 Summary: The cost of training nurses that is presently borne by the NHS is being replaced by student loans of £9000 per annum. There has been a 23% drop in applications for nursing places together with a 90% drop in applications from the EU to register for working as a nurse in the UK. This perfect storm guarantees a crisis even more acute than the ones we are used to. It is plainly an inevitable consequence of the hard-nosed accountant driven austerity that is progressively impoverishing us all, and further damaging the NHS already in crisis. It will drive up non-EU immigration numbers even further. So much for regaining control over our borders

The one thing that Britons agree on is the importance of the NHS. We all know that the NHS is under very great pressure. Partly this is due to the scarcity of nurses. At present there are around 24,000 nursing vacancies in the UK. The previous government reduced the number of training places for nurses even though these were oversubscribed. Instead the NHS employs many thousands per annum from overseas. Registration applications from EU nurses to work in the UK has fallen by around 90% since the June referendum.

In the past the most popular route to become a nurse was to start is a trainee working in a hospital and supervised by more experienced staff on the ward. That has been stopped and all nurses are now required to get a degree. A small number (up to 1000) of apprenticeships for nurses have been agreed but these have to be paid for by the NHS trusts. What is also stopping from September 2017 is the way that fees and bursaries to help with living expenses are not only being cancelled but replaced by £9000 fees per annum. This will require student nurses to take out a loan to cover the fees and all their expenses. In reality, most nurses are paid so poorly they will probably never have to pay much of this back. Requiring nurses that we are desperate to have and to train ourselves to get themselves £45,000 in debt before they even get a job is quite preposterous. Together with a work environment that is increasingly pressurised and unrewarding, becoming a nurse is less and less attractive. Many valuable caring and compassionate young people wanting to become nurses now face unacceptable barriers.

Surprise surprise! Student applications for nursing training have dropped by nearly one quarter in 12 months. The Department of Health insists that numbers will recover quickly as they did with university applicants. However the initial drop of university applicants was much smaller and took several years to recover. Undoubtedly these new regulations and fees will lead to a substantial shortfall in the number of nurses being produced within the UK. It will lead to a significant increase in our demand for nurses from overseas, often from less developed countries desperate that their best qualified should stay in their own country.

Theresa May while Home Secretary for six years had no success in bringing down immigration numbers even though she could have done so (see: http://outsidethebubble.net/2016/12/06/massive-negligence-by-theresa-may-when-home-secretary/). Nursing is already on the government’s “shortage occupation list” allowing nurses to be hired freely from anywhere in the world without concern about the U.K.’s tough immigration rules.

The inevitable consequence of these policies that penalises those wishing to train in nursing in the UK will simply lead to a significant increase in immigration from outside the EU. Just another example of how austerity is hurting the country. Something else that Labour might consider expressing an opinion upon?