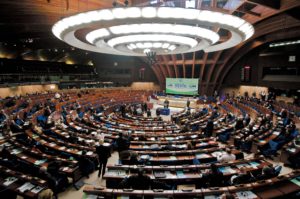 Summary: The rejection of CETA by the regional government of Wallonia has demonstrated just how difficult it is to establish a multinational trade deal with the EU. It has also rejected TTIP, and TiSA is also in trouble. The idea that the UK with its complex and rather mixed history with many parts of the EU will do better than Canada is preposterous.

The regional government of Wallonia has rejected the Canadian-EU trade agreement (CETA) for reasons that appear to be technical but actually are substantially due to local politics. The Belgian Socialist party once had a significant membership of the Belgian Parliament but it has declined and no longer has seats there. It is still moderately strong in Wallonia but is now challenged by a rapidly growing Communist Party. The key thing here is that CETA is being resisted for local political problems as much as for technical issues.

Any trade agreement negotiated by the UK with the EU will also need to be ratified by over 30 national and sub- national legislatures across Europe. Each of these legislatures has subtle national problems that we are mostly unaware of. The ability of any party in any of these legislatures to scupper a trade agreement for entirely local political reasons will be a continuing barrier. There are also increasingly widespread and popular movements against trade deals such as CETA, TiSA (less well-known: The Trade in Services Agreement that is currently being negotiated by 23 members of the World Trade Organisation)  and TTIP (The Transatlantic Trade and Investment Partnership which is effectively now dead because of such opposition).

The Brexit cheerleaders are confident that everyone in Europe is essentially well disposed towards the UK. Have we all forgotten President De Gaulle originally saying “Non” when Britain first tried to join the EU? Unfortunately there are plenty of groups within the EU who have been snubbed or insulted by leading Brexiteers such as Boris Johnson and others, as well as having many years of a complex history with the UK.

The people that the EU will be forced to deal with as part of the Brexit negotiations have for many years propagated myths about the EU that coloured the British view of the EU. For many within the EU, it is an aspirational project with long-term goals of integration and cooperation that are viewed very favourably. Those in the UK that have consistently distorted and misrepresented the EU have built up a significant backlog of resentment. The view from within the EU is that Britain has never really committed itself to Europe. The chance of the UK negotiating a satisfactory trade agreement with the EU now seems completely negligible.

The choice is simple: stay in the EU to give access to the single market and accept free movement, or get out of the EU and accept that the WTO trade rules are what we will have. Our economy in so many ways will be damaged by this. Jobs will be lost, growth will almost certainly reverse and many of our key services such as the NHS, social care and education will be further eroded. The referendum result has articulated a widespread dissatisfaction with the political establishment and that has been registered if not accepted. However the narrow vote to Leave was at least in part a consequence of extraordinary lies propagated by the Brexiteers. The deal that the British people are likely to be offered by this government will be so different from what was promised that it has to be put again to the people.