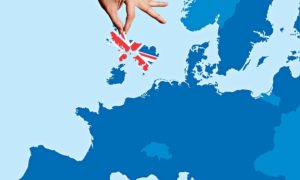 Summary: Theresa May in Birmingham claims the Conservatives are working for everyone but her policies, particularly on Brexit, are much more right-wing. Widespread concern about hard Brexit has caused further falls in the value of sterling. Labour has yet to articulate its own approach to the Brexit negotiations. Unless it does so, and does so quickly, the entire agenda will be set and dominated by the Government.  In order to get discussion rolling, here is a strawman proposal of what might be at the core of Labour policies on Brexit.

The first move should be, as proposed by Theresa May, to convert all EU legislation into UK law. This will allow everything to continue running much as it does. It allows Parliament to scrutinise any changes but it will be critical to ensure that the legislation is not restructured so that the dilution of those provisions cannot be implemented by executive order. All EU laws that were passed by Parliament should only be changed after proper parliamentary scrutiny.

As a matter of urgency we need to unambiguously guarantee that all EU residents already working in the UK will be allowed to remain. The uncertainty for them and indeed for their employers cannot be permitted to drag on for years. The view of Liam Fox, who simply looks upon real people who have made their lives in the UK as just another negotiating card is outrageous.

There are two main areas which need detailed policies, the single market and immigration. In a surprisingly middle-of-the-road piece on the Conservative Home website, Peter Lilley, the former Secretary of State for Trade and Industry and for Social Security suggests a very hands-off approach to the single market. Basically he suggests not making unnecessary work for ourselves. Simply declare that we will happily welcome all imports into the UK from the EU as they are treated under the current arrangements and in return we expect to export from the UK into the EU in the same way. Individual countries within the EU or indeed individual business sectors or other interests that are unhappy with this can raise the matter and negotiations, if appropriate, can then proceed on those specific matters. The great majority of trade is unlikely to be particularly contentious. Even if we had to leave the single market relatively little would change. Average tariffs into the single market are only about 4%, and more like 2.4% for manufacturers, much less than the 12-15% slump in sterling since the Referendum.

The worry about passporting rights comes mostly from not appreciating that they derive from simple requirements of liquidity and financial probity on financial services organisations from one part of the EU wishing to carry out retail sales in another. The UK regulation regime is strong and retaining these rights should be straightforward. In short, preserving passporting rights is really a fairly minor matter in the scheme of things.

The hardest area for these negotiations is undoubtedly immigration. There is no doubt that Labour is much more relaxed about immigration than the Tories or UKIP. We know that about 1/3rd of the 9 million who voted Labour at the last election backed Leave. Their concerns about immigration must be addressed if Labour is to be seen to respond to the results of the referendum seriously. Labour needs to attack immigration as an issue on several fronts. Firstly it must row back against the continuing negativity about migrants, explaining again and again what everyone knows. For many years Labour has made far too little effort to counter the right-wing anti-immigrant tone of Tory governments and the right-wing media. It has suited recent governments obsessed with austerity and deficit-reduction to blame the consequences of their policies on immigration. Immigrants are blamed for the stresses on the NHS, overcrowding in our schools and the shortage of affordable housing. They are not the benefit scroungers demonised by the right-wing tabloids. Very many are forced to accept poorly paid, unpleasant jobs that the locals are not prepared to countenance. They often live in substandard accommodation with minimal complaint. They are young, ambitious and energetic. They are eager to make success of their lives. Their demands on the NHS are small principally because they are young.

However the result of the Referendum means that politically we have to accept restrictions on EU migrants. One of the most straightforward things we could do is simply require that EU migrants are allowed to enter the UK only if they have a formal documented job to go to which has already been advertised within the UK but remain unfilled. A symmetrical arrangement could then apply to British workers wishing to take a job in the EU. The restrictions on non-EU migrants would stay as they are which is of course how they were managed under the then Home Secretary, Theresa May. The migration rate would be set by the demands of the UK economy. The best way of reducing that rate is to improve the quality of vocational training at every level given to our own children.

Labour has already identified the need for a Migrant Impact Fund, money used to offset the strain locally imposed by migration. How big might this turn out to be? The amount of money suggested by the Government is quite derisory. Amber Rudd promised £140 million or about £540 per head. Compared with the substantial sums of money distributed from central government to local authorities to pay for schools, the NHS and many other services this is quite inadequate, probably by a factor of 10. Money needs to be distributed to the local authorities in proportion to their receipt of immigrants. This must be paid immediately in anticipation of their arrival locally and their starting to pay taxes.

This framework for what Brexit might look like is something that Labour needs to refine and complete if it is to have any influence on what happens.

4 Comments to “ A Brexit Plan for Labour”