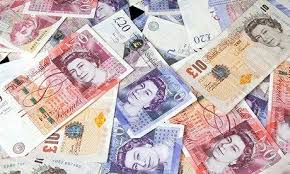 Summary: The economics underpinning the drive for austerity and cutting the deficit are fundamentally flawed. Few economists ever really thought it was the right thing to do. Borrowing to invest in the UK, for housing and infrastructure including transport and education is fundamentally economically sound and has been for a long time.

For many years the Tories have projected themselves as the party of fiscal responsibility, cutting the deficit and reducing wasteful spending. Labour never responded satisfactorily to claims that they were the party of high taxation and profligate spending. They are still blamed for allowing the deficit to expand without limit. In fact this choice has never been between left-wing and right-wing philosophies but rather very different understandings of the fundamentals of economics.

The money we use is built on a wonderful confidence trick though it doesn’t stop us all trying to get a bit more! The £20 note carries the statement from the Chief Cashier “I promise to pay the bearer on demand the sum of £20”. Once upon a time when sterling was on the gold standard you could actually swap these notes for gold. However today, if you go into the Bank of England to cash it they will properly give you a nice clean £20 note that says much the same thing. Your £20 note was printed by the Bank of England mainly because the Bank of England thought it would be a good idea at the time. It cannot do this indefinitely because to print too much might make our business partners overseas think it doesn’t represent a consistent value. The crash of 2008 triggered a great deal of money printing to keep the economy running and avoid the collapse of the banking system. This money printing has been given the delicious name of “Quantitative Easing”. Already the Bank of England has printed an additional total of £375 billion to keep the British economy ticking over. Beside that, the current UK deficit of £69 billion which George Osborne was desperately trying to reduce looks relatively minuscule. Apparently the £375 billion printed doesn’t actually count as part of the deficit.

Our capitalist society depends utterly on debt. The Bank of England lends money to the high street banks which in turn lend money to housebuyers and businesses. Businesses invest the money in order to grow the business, employ more people, make bigger profits and eventually repay the loans. The same approach should be true for the government. Money can be borrowed by the UK for 30 years today at very low interest rates. There is no reason why money should not be borrowed by the government or by Local Authorities to invest in infrastructure projects such as housebuilding, road and rail building and refurbishment. The Tory view is that such an approach simply leads to an increasing deficit and all deficits are bad. By cutting expenditure of all sorts George Osborne aimed to cut down this deficit.

Curiously, while all this was going on no one heard of any Tory MPs frantically trying to repay their mortgages or any other loans to reduce what they owe (their individual or family debt). The consequence of the government austerity programme has been to inflict extraordinary damage on our economy and on the structure of our society. Many social programs that help the poor, the elderly, the disadvantaged and the disabled have been cut to the bone if not eliminated in order to save laughably small sums of money. Thousands of small cuts mean the NHS is approaching collapse and the school system is under severe strain. And it’s not just a British problem. Many Eurozone countries have been forced to accept levels of austerity in order to make interest payments on debts they will never repay. They agreed to keep their deficits very low when they joined the Eurozone but with the challenge of the 2008 recession they could not manage it. The damage in several countries has been even more extreme than we have experienced in the UK.

Even the Tories are now talking about ditching the austerity programme, the view that Labour have taken for some time but is now been clearly articulated and argued for by Jeremy Corbyn and many others. The supporters of borrowing to invest in the UK are not just left-wing crazies. Even the Economist newspaper has been arguing that austerity in the UK has gone far too far. Within Europe one of the main proponents of austerity at any cost has been the German finance minister, Wolfgang Schäuble, and his inability to grasp these economic fundamentals has been extraordinarily damaging to the Eurozone. Its current weakness is substantially because of German intransigence about the need for austerity and deficit reductions.

Borrowing money is a good idea if it is for investment in something that will give a reasonable return. At the interest rates the UK pays today even only moderately good ideas justify borrowing. We must welcome the end of austerity as a greatly overdue return to economic sanity.

Reference: There is a lot more to read in Richard Murphy’s book, “The Joy of Tax, How to a Fair Tax System Can Create a Better Society”. It is marvellous, highly readable, entertaining, not too long and strongly to be recommended book.

Theresa May: Exposed As a Fraud